I have heard that some people dispute that Virginia is really the "South," but I, who have lived everywhere but before moving here, beg to differ.

Case in point, a dinner party we went to recently. Some friends had gone down to Mississippi to hunt, and brought back a mess of quail to cook up. (208, to be exact.) These guys have been shooting together since boyhood; they join another friend who's moved further south for a weekend hunt each year. The quail are dressed and frozen and toted home in bags for a party. 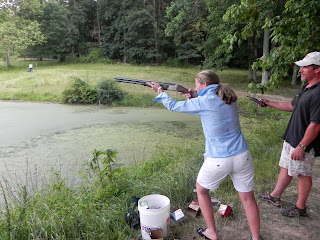 This summer, they set up a skeet shoot down at a pond on their farm, far enough from the house to be safe, but within audible range. It was 100 degrees that day, but merely a precursor to summer. Those not shooting gabbed on the veranda sipping ginger margaritas and cranberry refreshers to the sound of gunfire, while the others went back and forth in pickups and mules to shoot. 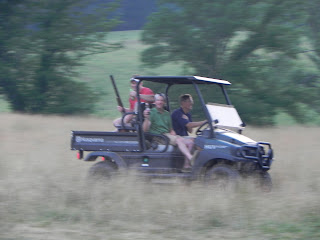 Seemed pretty Southern to me. 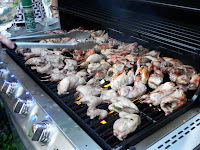 At the end of the day, all 208 quail, plus the odd steak, were put on the grill, having been marinated with olive oil, whole garlic and jalapenos. Salad, tomato pie and Silver Queen corn, the first of the season, straight from a Delaware field.

We sat at the long table, sucking juicy meat off  bones best picked up with fingers made tangy from the garlic and jalapeno, washing it down with red wine, jabbering long into night. When we were full, trays of dark chocolate, dried apricots and walnuts appeared, along with cherry and peach pie. 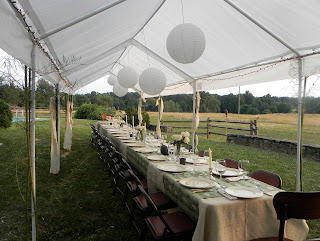 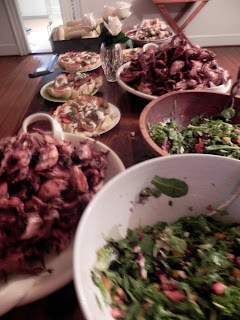 One of the longest nights of the year, well spent.

Marinate quail in the other ingredients, preferably over night. Grill on a medium grill until skin is golden and internal temperature reaches 160 degrees, 5-7 minutes a side.